The Columbus Association for the Performing Arts will present The Hip Hop Nutcracker at the Palace Theater on December 4th
Credit: Courtesy of Timothy Norris

A contemporary take on the Christmas classic “The Nutcracker” will return to the Palace Theater for the holiday season.

Based on ETA Hoffmann’s 1816 tale, “The Nutcracker Hip Hop” will be organized by the Columbus Association for the Performing Arts on December 4th. The show merges hip-hop and classical music genres, reconceptualizing The ballet “The Nutcracker” by Pyotr Ilitch Tchaikovsky from 1892 according to the association website.

Rich Corsi, the association’s vice president of programming, said this will be the fourth time “The Hip Hop Nutcracker” has come to Columbus.

â€œIt was an incredible race,â€ said Corsi. “The good thing is that a lot of people who saw it like it so much that they come back every year, but there are also people who haven’t seen it, and I think it’s the reason we have so many when we put this on sale.

The show will include live music, dancing and features similar to â€œThe Nutcracker,â€ such as the use of Tchaikovsky’s sheet music, Corsi said. Based on the Nutcracker Hip Hop website, the cast includes star dancers Gabriel Emphasis and Ann-Sylvia Clark, violinist Jarvis L. Benson and a DJ.

Kurtis Blow, a rapper known for his hits “Christmas Rappin ‘” and “The Breaks,” said he would be the show’s special host and open the show with a short set. He said that by combining the genres of hip-hop and classical music, the show reflects what he himself did in his early music by merging rock and roll and rap.

â€œThis is a modern version of the original,â€ Blow said. â€œI have been a strong believer in the fusion of different musical genres since my first album. “

After a year filled with health complications, including a heart transplant, Blow said he felt more grateful than ever to have a second chance at life.

Corsi said having Blow as the show’s emcee over the years has made the experience more entertaining and energetic.

â€œI’ve never seen someone with so much energy, and he really took this show to the next level,â€ Corsi said. “So we were very happy with the choice we made to have Kurtis on the show.”

Blow said the â€œNutcracker Hip Hopâ€ host was a way for him to make the most of his days. He said he now sees a goal in every day, especially after all the health issues he has overcome.

â€œEvery day when I wake up I’m grateful and it’s amazing that I’m still alive,â€ Blow said. â€œI’m still here. You’ve heard the saying ‘any day above the ground is a good day’, haven’t you? So every day from now on is a big day for me. 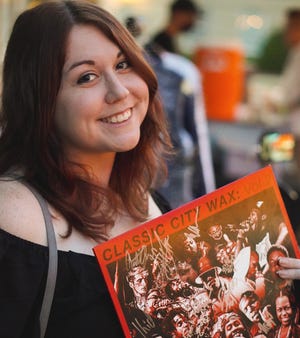