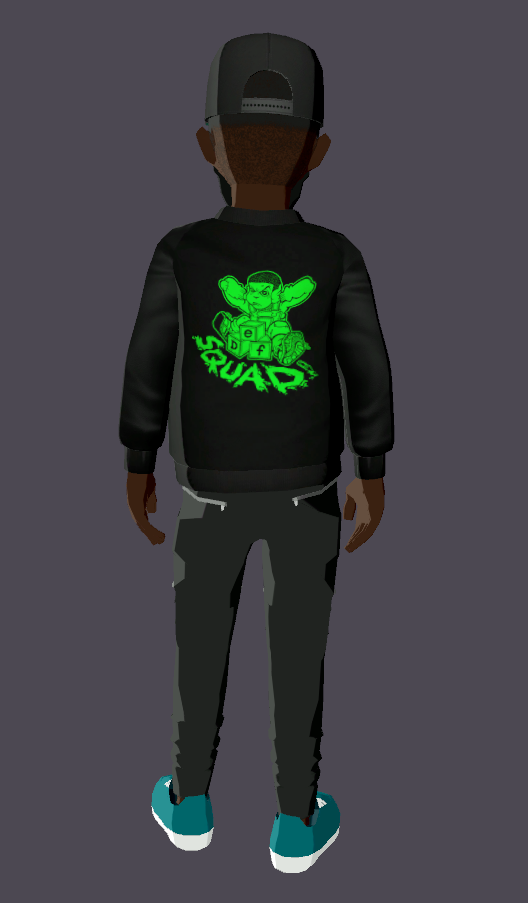 MANSFIELD – High energy, festive vibe and lyrical are the words artists soon to perform in Richland Source’s newsroom have used to describe their music.

Richland Source’s After Hours Newsroom returns in 2022 with shows in April, May, June, August and October.

Stormer started the label as a way to share his music, then expanded it to enable local artist collaboration, idea building and business logistics. The Deaf Note team, along with The Afrxnts and Dotti Lyne, share the same vision.

Each approaches music-making with an eye for lyricism, and although their backgrounds are based in hip hop, their work incorporates diverse styles.

Jennings got serious about pursuing music professionally about five years ago, he said. Growing up listening to artists such as 2Pac and Biggie, Jennings said hip hop made him the artist he is.

“I’m really proud of my mastery of words,” he explained. “Bars really matter to me, and I feel like in hip hop, that should be the main focus for me. But also, it’s a business, and you have to be marketable as the music changes.

As a result, Jennings said his music merges his love of lyricism with what’s popular at the time.

“It’s like old school lyricism with this new sound we have now – trap drums, lots of hi-hats, some melodies.”

While Jennings plans to play some catchy new tunes in April, he’ll also be sharing songs that are more serious in nature and specifically tell stories about his life’s struggles.

Henry Burrage, who goes by the name Henry Rich, started making music at 11 and started recording at 13 – but he said he only got serious about professional music until he about four years ago, at age 26.

Similar to Jennings, Burrage comes from a hip hop background, but he does multiple types of music. His favorite way to create is R&B, particularly because he finds it the most difficult.

“I take snippets from all the great artists and music in general,” he said.

His songwriting process usually begins with a beat, and the associated lyrics follow.

“I don’t like using pre-written verses or a song and matching them to the beats,” he said. “I like to feel the atmosphere and what I feel in the moment and in the moment.”

Daton Stormer, who goes by the name Diemos, also started writing music when he was a teenager, around the age of 14, he said. He first recorded music on his 16th birthday and has continued to do so ever since.

“I’ve always been pretty deep into my music, but I’ve done other things for a living,” he said. “And then, what really slowed me down for a second, when I was 23, just before I was 24, my mom passed away, so it just pushed my music back to a hobby.”

The positive responses from the community over the years have driven him to see how far he can take his music. Stormer, like other artists who will be featured in April, said he was steeped in lyricism.

“And I would say my style, as far as rapping goes, is pretty fast, aggressive in the sense of how it’s delivered,” he explained.

“Then I mean I also have a more creative side where I just like to make songs about life or just creative situations where it could be a story or just a made up situation just to write more about emotions. “

Entrants can expect his song list to feature songs about his life experiences, emotions, love stories and overall be story-driven, he said.

Terry Petty, who goes by the name Dotti Lyne, has been creating music for 15 years but started doing it professionally about five years ago.

Petty said he recently started changing his style, moving away from slower songs and towards more energetic pop rap.

“I’m getting more away from movement now and vibes,” Petty said of her creative process, “and then I’ll just let the layers come to me.”

Newsroom After Hours attendees in April can expect great energy on stage, he said.

“I worked on losing weight,” he said. “I actually lost 100 pounds for it. I got in shape, so they can expect to see a lot more energy on stage.

Petty has performed in several states, as well as other parts of Ohio, has an upcoming tour in May. Newsroom After Hours attendees will get a glimpse of a single Petty set to drop in the summer of 2022.

The artists performing in April will be solo artists, apart from The Afrxnts – made up of five siblings.

Aaron Hill will be on drums; Ariane Hill sings and plays the flute; Andrew Hill plays saxophone and ewi (an electronic wind instrument); Alan Hill is a singer; and Aidan Hill will play trumpet.

Aaron Hill said the band’s instrumentation is what sets them apart.

“It’s not something you would commonly see,” Hill said of the band’s use of various instruments, “especially in the genre we’re trying to represent. It’s a good mix of jazz and hip-hop.

As for what to expect from The Afrxnts on April 15, Hill said they chose songs that would bring the same high-energy feeling to the set. Most of this band’s music sticks to positive and uplifting lyrics.

“A big thing with us is definitely humor,” Hill said. “We try not to take the lyrics very seriously, but have fun with them.”

Some of The Afrxnts members have performed at previous Newsroom After Hours shows, but under a different name – The Trio.

“In the beginning, it actually wasn’t anything super serious,” Aaron Hill explained of the band’s debut. “We were just asked to do a shopping event downtown about six or seven years ago. We just wrote a few songs, strictly for this event, but the feedback we got was pretty good, so we decided to try and make something out of it, see what happens.

More siblings have joined the band over the years, and the current five-member group has been creating music together for about three or four years, Aaron Hill said. The process of creating the group has also transformed over time to become more collaborative.

“With this latest EP, we’ve definitely jammed a lot more as a band,” Hill said. “It was definitely a bigger group effort.”

Newsroom After Hours is hosted at Idea Works, located at 40 W. 4th Street in Mansfield, Ohio. Admission to the show is free and includes free beer and food. Doors open at 6:30 p.m. and performances begin around 7 p.m.

If you’ve ever experienced the joy of creativity and culture, then you know the value of the arts. Your support for our reports makes this better. Become a Source member today.

Emma Davis is a 2021 graduate of the University of Richmond, where she holds a bachelor’s degree in journalism and leadership studies. Emma reports for Knox Pages and Ashland Source via Report for America.